TALES FROM THE FIELD #11 - IN SEARCH OF MY FAVORITE SPIDER

Let's leave Suriname for now and return to Sri Lanka. When Andrew Smith and I became friends I asked him about all of his travel. I have travelled the world since then, but at the time I had only seen 48 of the 50 United States, much of Canada and various locations in Mexico. I only dreamed of venturing beyond North America. Andrew, of course, had been to countless countries in pursuit of theraphosid spiders. My first trip with him would be to Costa Rica in 2006, but even before that amazing journey I asked him which of the countries he had visited and he quickly responded "Sri Lanka". For a tarantula lover whose favorite genus was, and is, Poecilotheria that answer was very encouraging. I had already become known for my extensive "Pokie" breeding projects and my early American success with my favorite tarantula, Poecilotheria subfusca. But Andy wasn't just talking about the spiders. He told me of a gorgeous land with lovely people and great food. In fact, he called it the most beautiful country he had visited. Sri Lanka became my bucket list destination. Oddly enough, my trip to Sri Lanka would not include Andrew. Our team had taken the year 2013 off due to financial considerations and when planning for 2014 came around we learned that Andrew would be having surgery on his eyes and that his elderly mother was nearing her end. 2014 wouldn't be possible for Andrew. So Paul Carpenter, Guy Tansley and I started discussing planning our own trip. Madagascar was suggested first. I had dreamed of going there since I was a child, and as a gecko and chameleon lover this would seem to be paradise. However, Madagascar has sadly become a decimated country with little rainforest left, crime, corruption, poverty and squalid conditions. I had a contact in Madagascar in Olaf Pronk and wrote him, but my research told me that our viewing of lemurs, chameleons, day geckos, leaf-tailed geckos and other creatures I had long fantasized about seeing in nature would be limited to a few preserves. The tarantula fauna of Madagascar is largely unknown, but it was likely to just be some "brown jobs", including "Monocentropus lambertoni". I put this species in quotes because the about to go to print BTS Journal 30(2) contains two articles penned by me including one that gives an overview of the hobby's "M. lambertoni" and raises the question of whether this identification is correct. Regardless, I saw Madagascar as depressing, unsafe and filthy and voiced my concerns. I was quite surprised when Paul mentioned that he would be willing to return to Sri Lanka. I had assumed that repeat visits wouldn't be considered and we would have to go somewhere Paul had never been. Paul has been Andy's traveling companion for something like 25 years so he has been to just about every exotic locale you can name. It would be tough to find somewhere he hadn't been, especially since I already knew that he wasn't enamored with travel to the New World. I leaped at the chance to go to Sri Lanka and the team knew full well that seeing Poecilotheria subfusca in its natural habitat would be one of my life's greatest experiences. Spoiler alert: it was.

When I first bred Poecilotheria subfusca a dozen years ago there was no talk of "highland" and "lowland". This was long before mention of a lowland form existed. This was long before people improperly began using the old specific epithet "bara". We just had "subfusca" and you can read about my early experiences with this species in captivity in the following articles. These articles were published in my old magazine ARACHNOCULTURE; in issues 1(1) and 2(1), respectively.

At the time people who used common or popular names sometimes referred to P. subfusca as the Ivory Ornamental, a reference to its white chelicerae, but it was also called the Kandy Ornamental and later the Kandy Highland Ornamental. I admit I was occasionally guilty of using the latter name, which you learn is actually oxymoronic. (And all common names could be argued to be "moronic"). But "Kandy Highland" is actually a contradiction of terms and I'll expand on that below.

Kandy is a city that people have associated with P. subfusca, but I knew from my talks with Andrew, many of which occurred with fine whiskey and finer cigars, that he had found P. subfusca near Nuwara Eliya. This city is actually at high elevation and Andy spoke of seeing his breath in the morning and cold nights below the blankets. Nuwara Eliya is loosely pronounced noor-AY-lee-uh, spoken as one smooth word, not two.

I'm not going to drag out my explanation of "lowland" and "highland" here. Those of you who saw my lecture "Sri Lanka: Land of Leopard Spiders" at the BTS Lectures in February 2015 or my ArachnoGathering #2 in March 2015 got the full explanation. I still intend to make a YouTube film presentation of this material so the rest of you will have to wait. This is the incredibly concise version:

I used to HATE hearing people talk about "lowland" subfusca. I was skeptical. I didn't want to believe that my favorite spider would be subjected to controversy and hobby arguments and nomenclatural gibberish. I still HATE when people use the term "bara", which is taxonomically incorrect. However, as those who heard my lectures learned, I fully agree now that there are two forms of "subfusca" and I believe that they should be considered two different species. Without getting into nomenclatural semantics and ICZN rules and such I will say that I believe that "bara" is no longer an available name. I will also say that I disagree that the "lowland form" is deserving of a new species name. I would argue that the "lowland form" is P. subfusca and the "highland form" is the spider that should receive the new name. Fortunately, I know from personal communication that Ranil Nanayakkara - a Sri Lankan who is active in native tarantula descriptions and taxonomy - agrees with me. The short story is that years ago Andrew Smith told me that the preserved "bara" type specimen is the largest Poecilotheria he has ever seen, live or in spirit. Many of you should know that the lowland is a larger and lighter colored spider and the highland is a much darker and smaller spider. This only makes sense. It is true throughout the animal kingdom that, in races or populations or divergent species or whatever taxa you look at, high elevation organisms tend to be dark to absorb heat quicker and tend to be smaller. Getting back to the cities of Kandy and Nuwara Eliya. They are two different worlds and I'm not talking about the cities' topography, people, culture, etc., which are indeed very different. I am talking about climate. Kandy is hot and humid, but seasonally dry. It lies at an altitude of about 500 meters (just under 1700 feet). Nuwara Eliya sits at an altitude of just under 1900 meters or 6200 feet. Obviously, this is higher than our "mile high city" of Denver, Colorado. It is cold. It is damp. It almost never gets above 70ºF. You can see your breath at times. We froze at night. We had no hot water to shower with. As we walked the streets vendors were peddling down jackets and wool blankets. This is like no other place in Sri Lanka. Fortunately, (spoiler alert again) we were lucky enough to find "lowland subfusca" near Kandy and "highland subfusca" near Nuwara Eliya and they are two very different spiders. Even in my lightweight jungle trekking gear I was sweating bullets in the seasonally dry lowland rainforest where we found our Kandy spiders. We found our highland beauties in cold fog. I was wearing a fleece and rain jacket. Two worlds indeed. The cities are only 100 km apart, but their climate couldn't be much more different. Kandy is part of Sri Lanka's central "Hill Country", but temperatures reach 90ºF and it is very tropical. Nuwara Eliya is a cool, misty, magical place.

Since almost all of you are hobbyists, not taxonomists, I will add one more thought. It is important to remember that without accurate and honest locality data you have no idea what your captive hobby specimens are. I'm not just talking about the two forms of "subfusca". I am talking about any of your tarantulas. My photos show in situ spiders. I know exactly where each was found. What you have labeled in your terrariums does not have any accuracy attached to it except belief, faith and word of mouth. Apples and oranges. Don't compare hobby tarantulas, especially those that have been bred for years and may have "been mixed", to tarantulas in nature. Keep your "lowland" and "highland" separate and don't ever try to breed them to each other. (My friend Thorsten Kroes, who has studied Poecilotheria in both India and Sri Lanka and is a very successful captive breeder of the genus tells me that he hasn't had success intentionally trying to get them to breed, which is another argument for their speciation).

There ends the lesson. Now let's look at some photos and have them tell the stories. I'll let their captions provide additional details. As always, thanks for reading. MJ 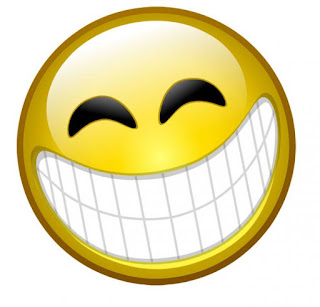 Forgive me my poor english, but i think iTS still clear whats the message ;) !
Since the beginning of this year i started with the hobby, after 20 years of wanting (knew to little, and still do!)
ITS even more fun and interesting then i thought all these years, and one of the first things i did was look on the internet and you tube to find out more about the ( BIG FAT HAIRY SPIDERS), just a spider in a enclosure wasn't enough for me.
I found allot but the T room tour 60 times gets a little boring, but then i found your site/ blog and that of Guy, and that opened up a new world of old and new world species in another daylight for me!
Reading your last post, again is a great treat i very much enjoy and hope to learn allot from, and i do( try;) )!
I just want to Thank you, and Thank you again, and hope to read your knowledge for a long time, congrats with your birthday!

Thanks for the comment Martin and for the birthday wishes. I appreciate you reading.

great adventure......and it seems that I have a lowland sub at home
Apple

From the moment I first came across a photograph of a communal group of these gorgeous animals (they were the so-called lowlands, the *real* P. subfuscas as you suggest they be classified) it's been far and away my favorite and most desired of all Ts.

Thank you so much for the write-up and fabulous photographs of their habitats!